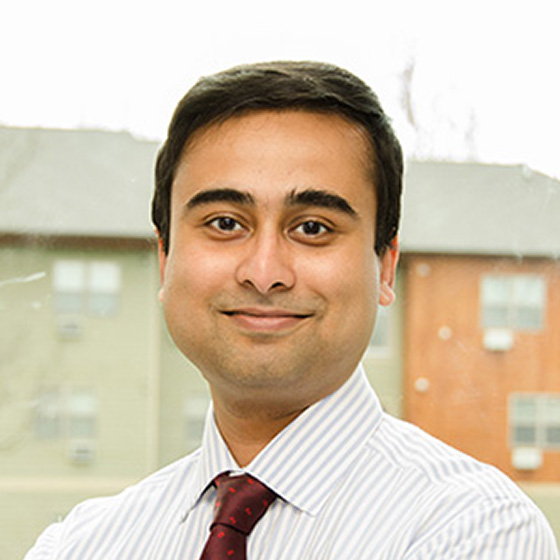 Hari Nair is a Research Assistant Professor in the Department of Materials Science and Engineering at Cornell University. Previously, he was a Research Associate with Prof. Darrell Schlom at Cornell University, where he worked on the growth of ruthenate Ruddlesden-Popper thin films using molecular beam epitaxy. This work has lead to the first demonstration of superconducting Sr2RuO4 thin films in the United States. Hari received his Ph.D. in Electrical and Computer Engineering from The University of Texas at Austin in 2013. His Ph.D. work involved molecular beam epitaxy growth of GaSb-based semiconductor alloys to extend the emission wavelength of type-I diode lasers into the 3-5 μm range. This work resulted in the longest wavelength GaSb-based type-I diode laser with an aluminum free active region at room temperature. Hari received his B.Tech. in Engineering Physics from Indian Institute of Technology Madras in 2006.

Novel materials have the potential of precipitating revolutionary rather than evolutionary changes in wide ranging fields. My vision is to explore the properties of novel oxide materials in epitaxial thin film form for wide ranging applications from power electronics to optical metamaterials. Understanding and tuning the fundamental properties of these versatile oxides using a combination of epitaxial strain, dimensionality and heterostructures will be key to developing the next generation of electronic and optoelectronic devices.

Ph.D. (Electrical and Computer Engineering), The University of Texas at Austin, 2013

M.S. (Electrical and Computer Engineering), The University of Texas at Austin, 2008