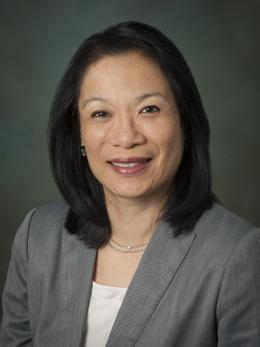 She joined Corning in 1994 as a senior scientist within Corning’s Research and Development organization, specializing in telecommunications. For 26 years, Polly has held a number of managerial and technical lead positions within the company’s Optical Fiber and Specialty Materials businesses as well as its R&D and Emerging Innovations organizations. She has been granted fourteen patents.

Prior to joining Corning, Polly served as Product Development Engineer at Johnson and Johnson Incorporated.

She is currently on the Regional Board of Trustees for the SUNY Corning Community College. Polly has volunteered with the Aurene Neighborhood organization as a Resident Advisory Board member since 2016. In addition, she was Western and Central NY Regional Council member for the American Red Cross from 2016-2018, and a board member of the Finger Lakes Chapter of the American Red Cross from 2009 to 2018. 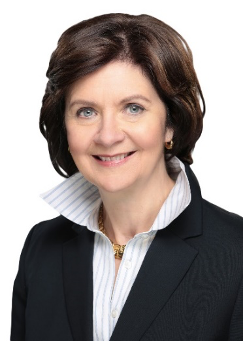 Karel Czanderna, Ph.D., Board Director for public and private companies

Dr. Czanderna serves on the Board of Directors for BlueLinx Corporation (NYSE:BXC), a $3B publicly-traded building products distributor, Weber-Stephen Products (Weber grills), and Balcan Plastics (flexible packaging & films). During her executive career, she was the CEO and a board member of Flexsteel Industries, Inc., (NASDAQ:FLXS) a top-six U.S. furniture manufacturer for residential and commercial markets; President, Owens Corning Building Materials, where she led global businesses including $3.3B of pink insulation and asphalt shingles; Vice President of Whirlpool’s $1.8B global KitchenAid and Jenn-Air appliance businesses; and Vice President and General Manager of Eastman Kodak (electronic materials, digital products, professional film & paper). Dr. Czanderna started her career as a research scientist at Kodak, while President and board member for the Materials Research Society-Western NY section. Karel thrives in industries being disrupted by digital technology transitions and global threats. Her natural curiosity and intellectual rigor unite with the voice of the customer to drive innovation and profitable growth.

Karel earned a BS Physics ‘77 from Clarkson University, and MS & PhD ‘84 in Materials Science and Engineering from Cornell University where she was honored with the MS&E Distinguished Alumni Award, and currently serves on Cornell University’s MS&E Advisory Board. Earlier she was  named to both the President’s Council of Cornell Women and the Engineering Advisory Council. Karel received a Golden Knight Award from Clarkson University, and was on their Board of Trustees. She also attended the Harvard Business School Executive Management Program and has been profiled in Directors and Boards magazine “Directors to Watch”. 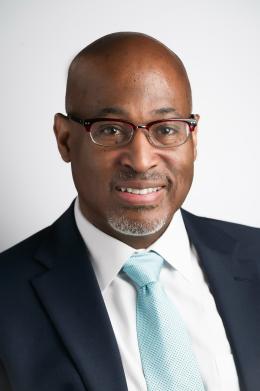 In 2016, Peter F. Green became the deputy laboratory director for Science and Technology and the chief research officer for NREL.  In this role, Green is responsible for NREL’s science and technology strategy and goals, strengthening the laboratory’s core capabilities, and enhancing NREL’s research portfolio. In addition, he oversees the Laboratory Directed Research and Development Program, NREL-university interactions, and the postdoctoral fellows program.

Prior to his appointment at NREL in 2016, Green spent 20 years on the faculties of the University of Michigan-Ann Arbor and The University of Texas-Austin, and 11 years at Sandia National Laboratories, where his professional career began in 1985, as a postdoctoral researcher. He subsequently became a senior member of the research staff and department manager (1991-1996) in the center for Materials and Process Sciences.

In 1996 he moved to The University of Texas-Austin, where he became the B.F. Goodrich Endowed Professor of Materials Engineering and a professor of chemical engineering. In 2005, he was recruited to the University of Michigan to become chair of the Department of Materials Science and Engineering, where he was the Vincent T. and Gloria M. Gorguze Endowed Professor of Engineering as well as professor of chemical engineering, applied physics, and macromolecular science and technology. He served as director of a DOE Energy Frontiers Research Center: Center for Solar and Thermal Energy Conversion.

His awards include election to the position of fellow of a number of societies: MRS, American Physical Society, American Ceramics Society, Royal Society of Chemistry, and the American Association for the Advancement of Science. He is a recipient of a DOE award of excellence, and he was named to the Hunter College “Hall of fame.” Other recognitions include inaugural editor in chief, MRS Communications; National Science Foundation Creativity Extension Award; divisional associate editor for Physical Review Letters; and “Outstanding Referee” for the Journals of the American Physical Society.

Green earned B.A. and M.A, degrees in Physics from Hunter college in 1981, and his master's (1983) and doctorate (1985) in materials science and engineering from Cornell University. 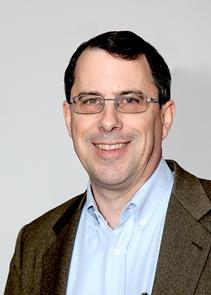 In Bill’s previous position as Vice President, Patent Software & Services, IP Licensing, he was responsible for managing and commercially leveraging IBM’s patent portfolio, as well as building IBM’s revenue and profit opportunities through commercialization of our software and services Intellectual Property assets.

Prior he was Vice President, High Performance Computing, Analytics, and Cognitive Markets.  Bill served as the Business Line Executive responsible for the growth strategy, portfolio management, and execution of all aspects of the Power High End business.  He also drove the creation and growth of the Cognitive marketplace, securing Power's role as the premier platform in this marketplace working with Research, Services and Software lines.

Bill was also the Vice President, Technical Strategy & Worldwide Operations, Research, and was responsible for setting the direction of IBM’s overall Research Strategy across twelve worldwide labs and leading the global operations and information systems teams.  In that capacity, he led the annual creation of the Global Technology Outlook, 3 - 10 year technology projections which influences IBM’s R&D directions along with acquisition strategies.

Dr. LaFontaine also held the position of General Manager, Global Technology Services,
Middle East and Africa.  Bill had the mandate to drive hyper growth for IBM services business in this emerging market including opening new countries in Africa for IBM.  During his tenure in Africa, IBM expanded its services operations in more than thirteen countries.  Prior to this role, Dr. LaFontaine held various executive positions in Corporate Strategy, Patent Licensing and Worldwide Semiconductor Sales for IBM.  Throughout Dr. LaFontaine’s 20+ year career at IBM, he has been on assignment in the US, Japan, Singapore and South Africa. 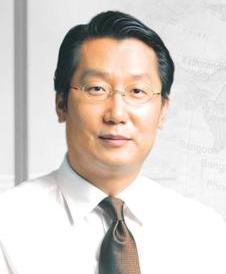 Jung-Hyun Oh has found Tera Metal Co., Ltd. and serves as its Chairman of BOS since January 2016. Mr. Oh’s expertise in nano-metallurgy and fluoro-polymer were technological bases for Tera Metal’s R&D developing new materials for Photovoltaic Cell and module. Tera Metal Co., Ltd. has developed Ag nano-coating technology and now it is providing Ag coated metallization pastes for Solar Cell industry worldwide. In October 2013, Jung-Hyun found Luvantix ADM Co., Ltd. which is producing light management polymer coatings for special optical fiber, fibers for laser and display including LCD, OLED and flexible OLED utilizing Siloxane, Fluoro polymer and UV curable chemistry. Luvantix ADM became a global leader in low refractive index polymers industry. Jung-Hyun Oh was Chief Executive Officer of SSCP Co. Ltd., since October 2003 and served as its President. Under Mr. Oh's leadership, SSCP had expanded regional business to global operations, including: Shanghai, Tianjin, Huizhou, Thailand, USA, Japan, Germany and Spain. Mr. Oh joined the chemical paint production department of Controlling Shareholder, SSCP in 1996 and had approximately 13 years of experience in the industry. He was appointed as the head of the research and development division of SSCP in 1998. He served as the chairman of Supervisory Board at SCHRAMM Holding Gmbh and was its Member of Supervisory Board since August 27, 2008. Mr. Oh graduated from Cornell University with a bachelor degree and a master degree in material science in 1995 and 1996, respectively. 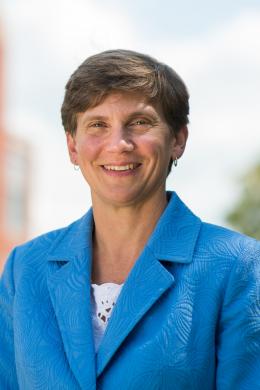 Linda Schadler, Dean of Engineering and Mathematical Science at the University of Vermont

Linda S. Schadler, (’85 Materials Science and Engineering, Ph.D. ’90 U. Pennsylvania) is Dean of the College of Engineering and Mathematical Sciences at the University of Vermont. Prior to her current position, Linda was the Vice Provost and Dean of Undergraduate Education and the Russell Sage Professor in Materials Science and Engineering at Rensselaer Poly-technic Institute. As Vice Provost, she provided leadership, and strategic direction to the Advising Learning and Assistance Center, The Office of International Programs, and the Office of Undergraduate Education. Linda was also the Associate Dean of Academic Affairs in the School of Engi-neering at Rensselaer overseeing the Manufacturing Innovation Learning Laboratory and the Multidisciplinary Design Laboratory. Linda is a Fellow of the Materials Research Society and of ASM International. She is a current member of the Materials Research Society Board of Directors and a former member of ASM International’s Board of Trustees and the National Materials Advisory Board. 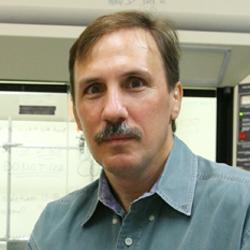 Dr. Shull's current research interests are in polymer surfaces and interfaces, in particular the adhesion of soft materials. Shull's research includes understanding the viscoelastic behavior of polymers using Quartz Crystal Microbalance.  QCM is a robust technique that is not fully utilized by the polymer community, but Shull's research is advancing the understanding of QCM and Polymer behavior.

Dr. Shull is a Ph.D. alumnus of Cornell University Materials Science & Engineering (1990), also holding a BS in Materials Science and an MS in Electronic Materials from MIT. After receiving his Ph.D. he worked at the IBM Almaden Research Center, in 1993 he joined the faculty of Northwestern University in 1993. From 1994-1999 Schull was an NSF Young Investigator, he was also named a fellow of the American Physical Society in 2002. In 2009 he was named a Patrick Fellow of the Adhesion Society and served as the Adhesion Society President from 2011-2013. 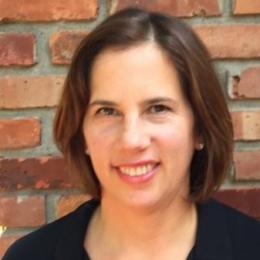 Dr. Nancy Stoffel is the Horizontal Leader for Flexible Hybrid electronics at G.E. Global Research. This division of G.E. Global Research works to marry printed electronics with conventional silica electronics, leading to more robust and cost-effective electronics solutions. Nancy Stoffel was recently named a NextFlex fellow, NextFlex is a consortium of leaders in the Flexible Hybrid electronics research and industry. She serves on the Industry Advisory Board for Cornell Center for Materials Research (CCMR) and the Materials Research Society (MRS) as well as being the 2019 Program Chair for the Institute of Electrical and Electronics Engineers Electronic Components and Technology Conference (IEEE ECTC).

Nancy received her Ph.D. in Materials Science and Engineering at Cornell University in 1995. 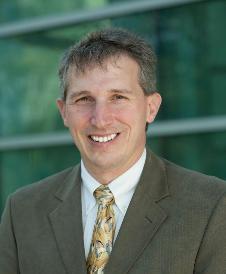 Dr. Richard A. Vaia is the Senior Scientist for Emergent Materials Systems in the Air Force Research Laboratory and Lead for NanoMaterials for the Materials and Manufacturing Directorate. The 70 person government and contractor team focuses on accelerating the maturation of high-risk material-based solutions to non-conventional energy and sensor requirements for the Air Force.  His research group focuses on polymer nanocomposites, complex nanoparticle architectures and their impact on developing adaptive soft matter.  He received his BS, MS, and PhD degree in Materials Science and Engineering at Cornell University (1991, 1993, 1995) and was a distinguished graduate from Cornell's AFROTC.  His honors and awards include Fellow of the Air Force Research Laboratory (2010), Doolittle Award, American Chemical Society (2009), MRL Visiting Professor at University of California Santa Barbara (2006), Air Force Outstanding Scientist (2002), and Air Force Office of Scientific Research Star Team (2001-2003; 2004-2006; 2007-2009, 2010-2012). Rich has served on editorial boards and external panels of numerous centers, as well as serving on the Board of Directors for the Material Research Society.  He has authored over 200 peer-reviewed papers and 16 patents.