WILLIAM EDWARDS, PH.D. ’96, FOUND SUCCESS AS AN ENGINEER AND A MEMBER OF THE U.S. NATIONAL GUARD 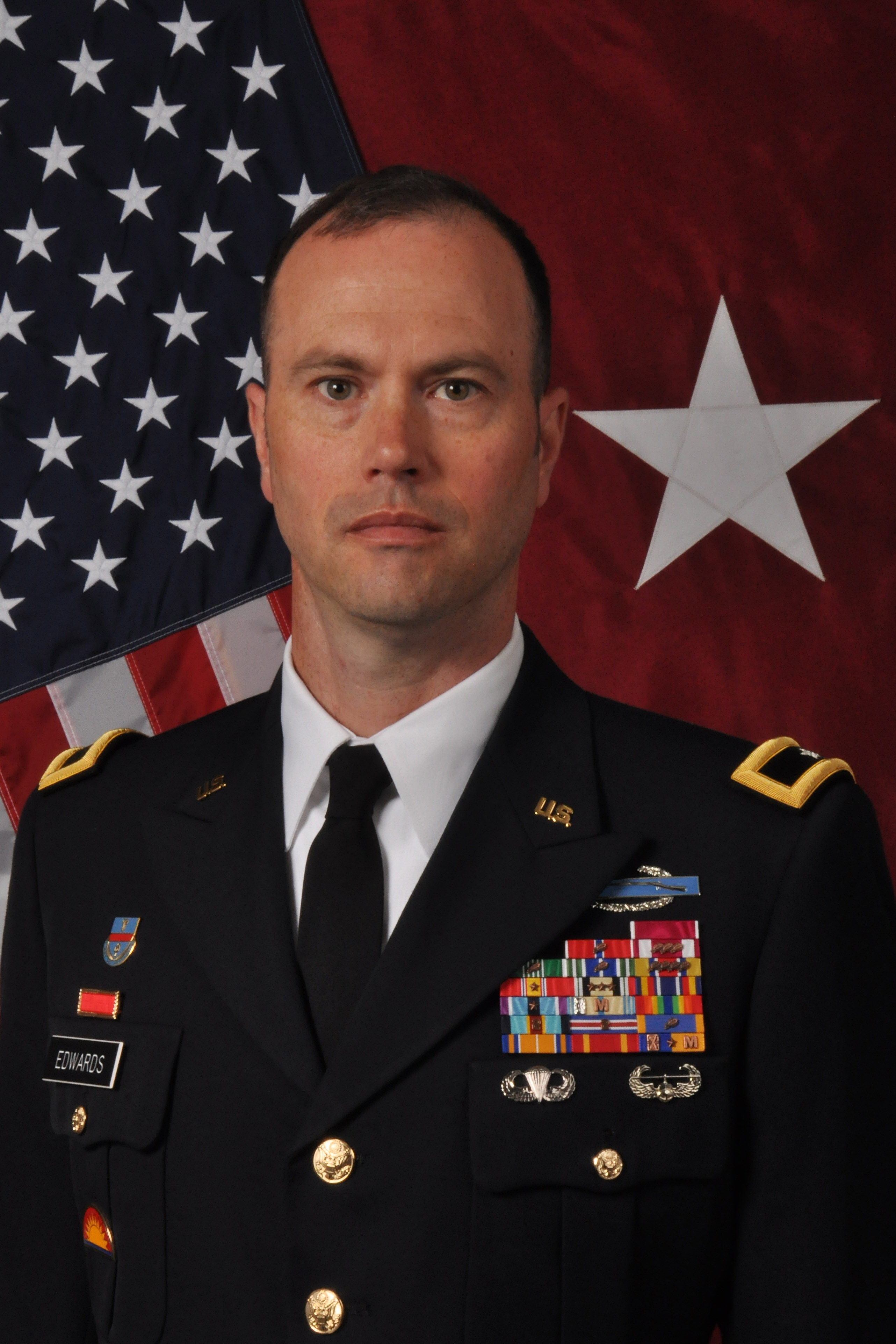 Whether it’s a microscopic droplet of ink exiting a printer nozzle, or securing peace throughout half of the world, William Edwards, Ph.D. ’96, is focused on challenges both small and large.

For over 30 years, Edwards has juggled a dual career as an inkjet technology engineer and as a member of the U.S. National Guard, where he is currently transitioning from brigadier general and mobilization assistant to the director of operations for the U.S. Indo-Pacific Command to his new role as commander of NATO Headquarters Sarajevo located in Bosnia and Herzegovina.

“It’s definitely a time management challenge,” said Edwards of finding success with two professions, “and you have to love what you do, both sides of your career.”

Edwards studied materials science and engineering at Cornell as a doctoral student in the laboratory of Professor Dieter Ast, conducting research on integrated circuit materials.

“I can’t say enough about the experience I had at Cornell. It was a great time in my life,” said Edwards, who attributes his technical knowledge and ability to problem solve to his time at the university. Cornell is also where he met his late wife, Roberta Stinson, Ph.D. ’93, who studied fiber science.

As a means to pay for his college education, Edwards joined the U.S. National Guard where he had served as a reserve of the U.S. Armed Forces since he was a senior in high school.

“I had an uncle who was in the Army and I always admired him and his service. There’s something patriotic in me that wanted to do something similar. That’s what got me into the Guard, but what kept my there is I just love serving. It’s something that has defined who I am,” said Edwards.

After graduating from Cornell, Edwards moved to Oregon where he took a job with Hewlett-Packard. He is currently a hardware design manager for a team of engineers developing technology and products to support the company’s thermal inkjet printers. During his 24 years at the company, he has worked on research and development of integrated circuit chips, printhead technologies, supply development, software and firmware.

Edwards’ current role at the National Guard U.S. Indo-Pacific Command involves advising on all aspects of military deployments, operations, training, and multi-national programs throughout the region, which covers much of the Pacific and Indian Oceans and includes Asia and Australia.

“Fifty-two percent of the planet lives in the region, which includes India. They like to say ‘from Hollywood to Bollywood, penguins to polar bears’ are our responsibility,” said Edwards. “The United States has a number of treaty allies that we work closely with and there’s a number of countries that we have some challenging relationships with. What we try to do is ensure a free and open region, free from coercion, free from aggression, and open for all nations,” said Edwards.

Though his careers are vastly different, Edwards does see parallels between engineering and the armed forces, especially as it comes to facing challenges.

“Ultimately, engineers are problem solvers and whether those are technical problems, organizational problems, or things in the national security environment, it’s about how you break down the elements of those problems and begin to slowly, over time, reduce them and make them into things you can manage,” said Edwards.

Leadership is another theme that Edwards has found essential to success is both careers.

“You acquire this leadership skill you continue to develop as you go through your life. There’s no book or formula for it, but you have to get to know people and how to motivate and inspire them,” said Edwards. “People are different and so you have to work with them to get the best out of their skill sets so that they can achieve what they want. You’ve got to have an authentic and real interest in the people you’re working with.” 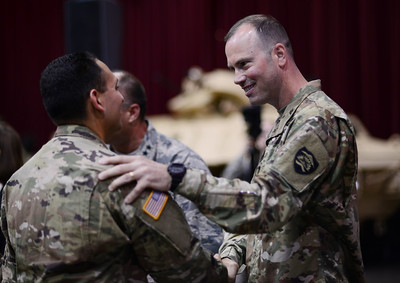 Edwards’ advice to young engineers is to keep an open mind and be accepting of life’s surprises.

Edwards added: “You learn things about yourself when you stretch outside of your comfort zone and ultimately, that is part of life.”