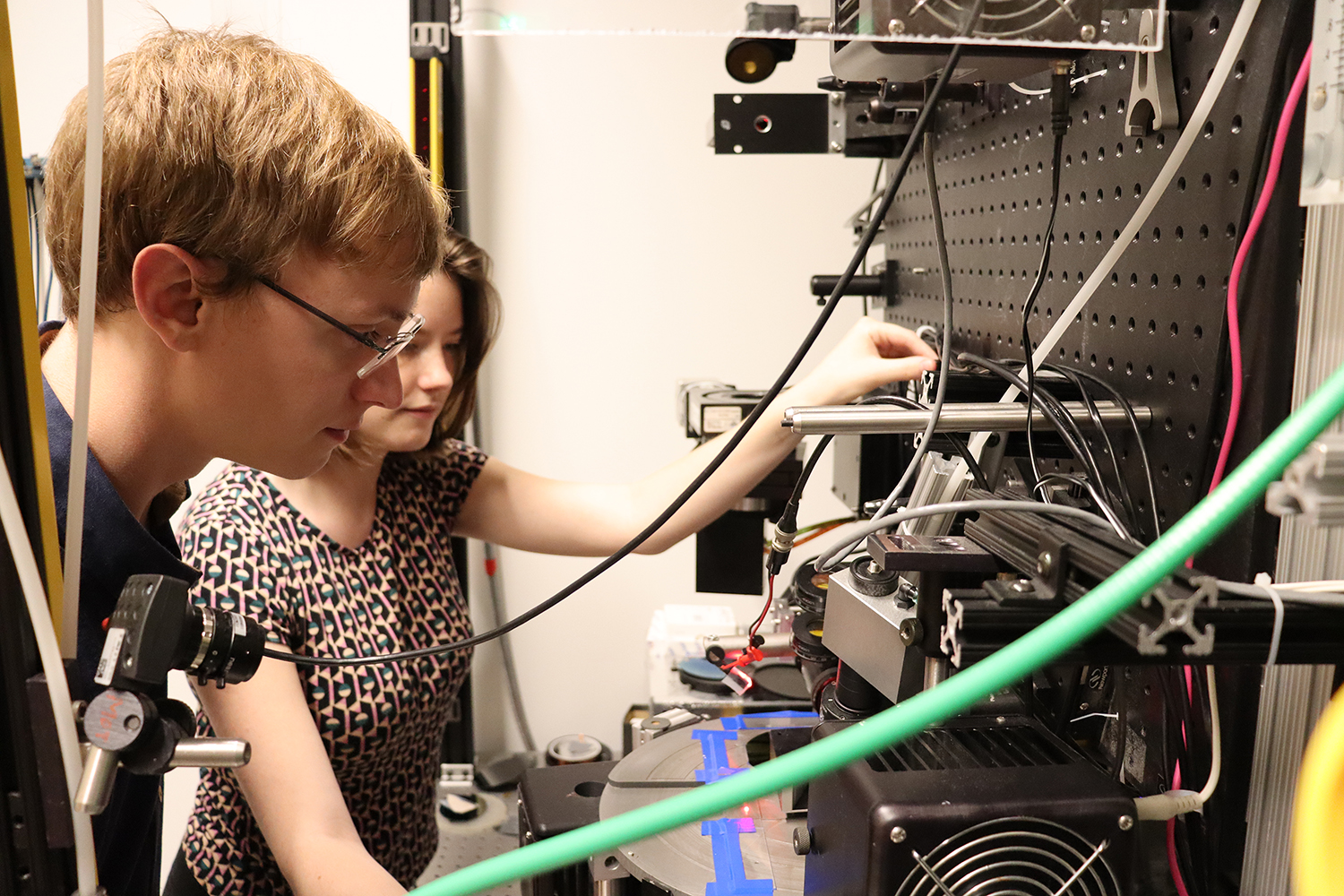 The system, which relies on a collective of algorithmic bots each performing a distinct task, sifts through hundreds to thousands of combinations of elements to create a map of phases—arrangements of atoms in relation to each other that humans can then use to determine which might work as a new material.

“This problem forced us to develop a whole new approach that really pushes the frontier of AI to derive physically meaningful solutions,” said Carla Gomes, professor of computer science and director of the Institute for Computational Sustainability, and first author of “CRYSTAL: A Multi-Agent System for Automated Mapping of Materials’ Crystal Structures,” published in June in Materials Research Society Communications.

Researchers seeking to improve fuel cells for cars are searching for a catalyst that would allow them to replace hydrogen, which is difficult to store, with methanol, which could be far more efficient.

But because no known materials are efficient catalysts for methanol oxidation, a new material is needed, said co-author John Gregoire, Ph.D. ’09, a staff scientist at the California Institute of Technology.

“If a viable catalyst exists, it’s going to need to be discovered by combining elements of the periodic table, and the number of combinations is so vast that it can’t be done with traditional experimentation,” said Gregoire, formerly a postdoctoral researcher in the lab of co-author R. Bruce van Dover, the Walter S. Carpenter, Jr., Professor of Engineering. Researchers also need to understand the crystal structure, or phase, of the material, since solids may have multiple phase structures and each one behaves differently as a catalyst.

“Humans can solve the phase map for simple composition systems containing two elements,” Gregoire said, “but whenever there are more than two elements, it’s too much information for humans to process, and we need AI to assist.”

Existing machine learning approaches, however, weren’t well-suited for the strict constraints of scientific discovery, in which solutions must not only be plausible but obey the laws of physics and chemistry, Gomes said.

To meet the challenge, Gomes and colleagues developed a system called CRYSTAL for crystal phase mapping, in which multiple bots each take on a different part of the problem, from predicting the phase structures of various combinations to making sure those predictions obey the rules of thermodynamics.

Machine learning systems typically learn how to solve problems using a large amount of annotated training data— for example, an algorithm to distinguish dogs from cats would be trained by a dataset of images labeled either “dog” or “cat.” Labeled data isn’t available in this case, so CRYSTAL also needed to be able to draw inferences from unlabeled data—a process known as unsupervised learning.

“For a single monolithic system, this would be overwhelming,” Gomes said. “But if we do this in a very agile way, bringing together a multi-agent system to reason collectively, we can find solutions quickly and satisfy all the constraints.”

Gomes said CRYSTAL was inspired partly by the IBM Watson supercomputer, which used a community of AI agents coming up with different possible solutions to beat human champions at “Jeopardy!”

Using CRYSTAL, researchers were able to identify a unique catalyst, composed of three elements crystallized into a certain structure, that is effective for methanol oxidation and could be incorporated into methanol-based fuel cells.

“This is an important discovery that challenges our understanding of catalysis, and an important research direction toward designing the next generation of catalysts,” Gregoire said.

The research was supported by the National Science Foundation, the Army Research Office, the Air Force Office of Scientific Research, the Toyota Research Institute and the U.S. Department of Education. For materials characterization, the researchers made use of the Cornell High Energy Synchrotron Source.